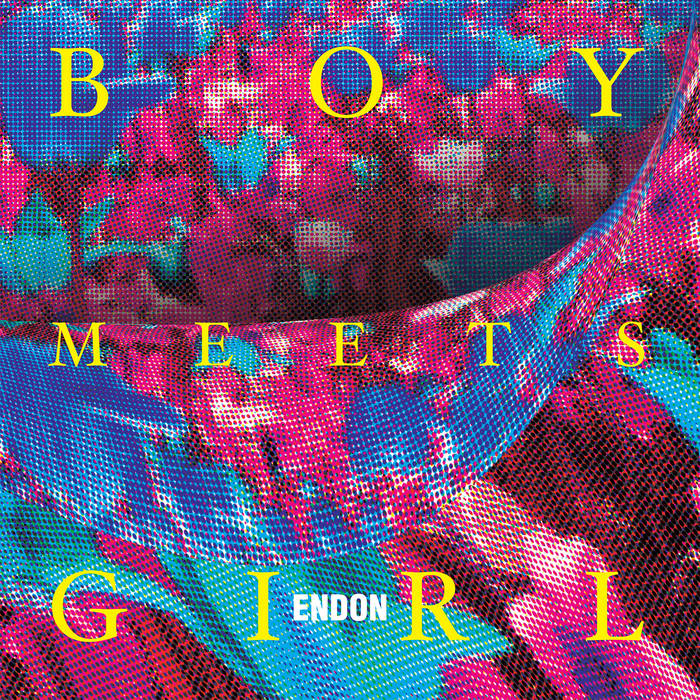 chriskw1 It took me quite some to get into Endon but their sound kept pulling me in...over and over again. Intense atmosphere! Highly recommended!

ENDON is a band as mercurial as they are ferocious. Comprised of the quintet of vocalist Taichi Nagura, guitarist Koki Miyabe, drummer Shin Yokota, and electronics/noisemakers Taro Aiko and Etsuo Nagura, ENDON’s music is contained chaos, bending and colliding genres into one another atop a bed of thunderous distortion, feedback, and unearthly squeals. Vocalist Taichi’s voice embodies an unreal number of personalities with wordless howls seething one moment, and agonized cries the next, before desperate gasps for air. It comes as no surprise that they have been credited as the most extreme band in Tokyo. Boy Meets Girl finds ENDON relishing in the unexpected and shifting with relentless force from pounding sludge to off-kilter hardcore to synth-driven dance to utter oblivion.

Boy Meets Girl was envisioned as a soundtrack to an imagined horror film about love. Disparate influences such as horrorcore, Dick Dale, Joe Meek and the Dead Kennedys converge and erupt forth over the course of single songs. The warped story of the album unfolds in scattered motifs and references, with the titular “boy” being born from a womb of noise and dealing with the conflicts that arise when recognizing the world, and love, outside his own ego. The record takes an abstract approach to the subject of love and looks beyond the well tread romantic aspects in favor of an altogether more disorienting take.

ENDON set out to make fictional film score with “light music,” played by a much heavier band. The core of the ensemble’s song structures are often built around Koki’s fuzz-laden guitar and Shin’s drum bombast which propel torrents of hisses and squelches from Taro and Etsuo. Taichi’s largely lyric-less screams, moans, and whimpers are potent messengers of the songs’ emotional heft. Recorded by Atsuo of Boris, Boy Meets Girl is not entirely harsh and heavy. Sequencer delicacies are laced into pieces like the mammoth “Doubts As a Source.” The respite of “Red Shoes” lay bare ENDON’s ability to construct detailed arrangements, a trait shared with the album’s more eviscerating songs.

There lies an ecstatic, excited energy amidst the anarchic defiance ENDON’s music exudes. Born of the same Japanese scenes that gave rise to the likes of Merzbow and Boredoms, their sound is equally diverse and abrasive. Boy Meets Girl demonstrates ENDON’s singular faculty to produce music that is at once tortured and transcendent.

Bandcamp Daily  your guide to the world of Bandcamp

Featuring interviews with the mighty Haitus Kaiyote and genre-busting L'Rain.